Earlier this year, I made my husband two babywearing hoodies and only got around to blogging one!

For the Breaking Ground Blog Tour, I made a wearable muslin out of polar fleece before making another out of a thinner knit. The idea was for Mike to have one warmer sweater and a lighter one for those mild summer evenings.

Because the pattern is unisex, my original plan was to make each of us a (theoretically) wearable muslin out of fleece before doing up the “good copy” in the knit. I made my muslin first, but it was not at all wearable, then made Mike’s two tops. I waited to do my thinner hoodie last as I was saving the most adorable bicycle print jersey that I bought in Germany last year and I wanted as much practice as possible before using that fabric. 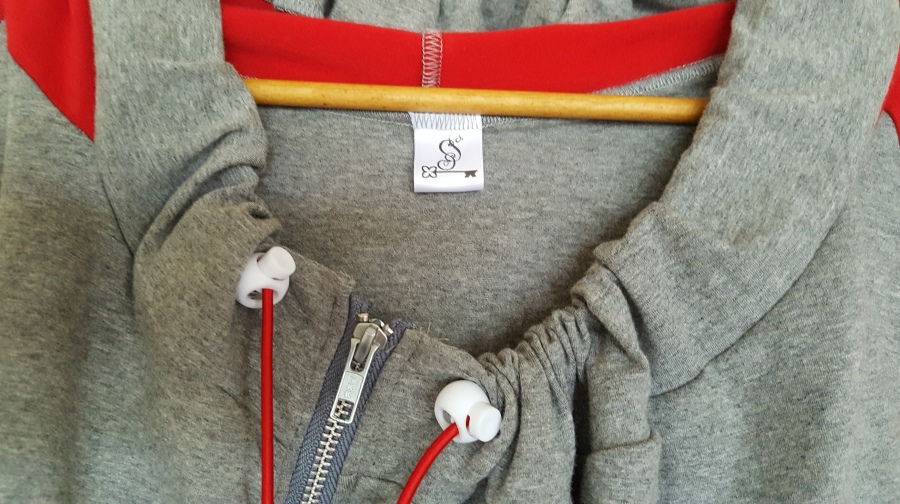 After completing Mike’s two sweaters (and seeing them on a non-pregnant body), I realized that the babywearing sweaters aren’t actually the most practical.  They look pretty silly sans baby and so I would only get very limited use of this sweater.

I decided in the end that I would just make an insert for a fleece I already own. This way, when we go camping, I’ll only need to bring one fleece and put in the insert only when I need it. 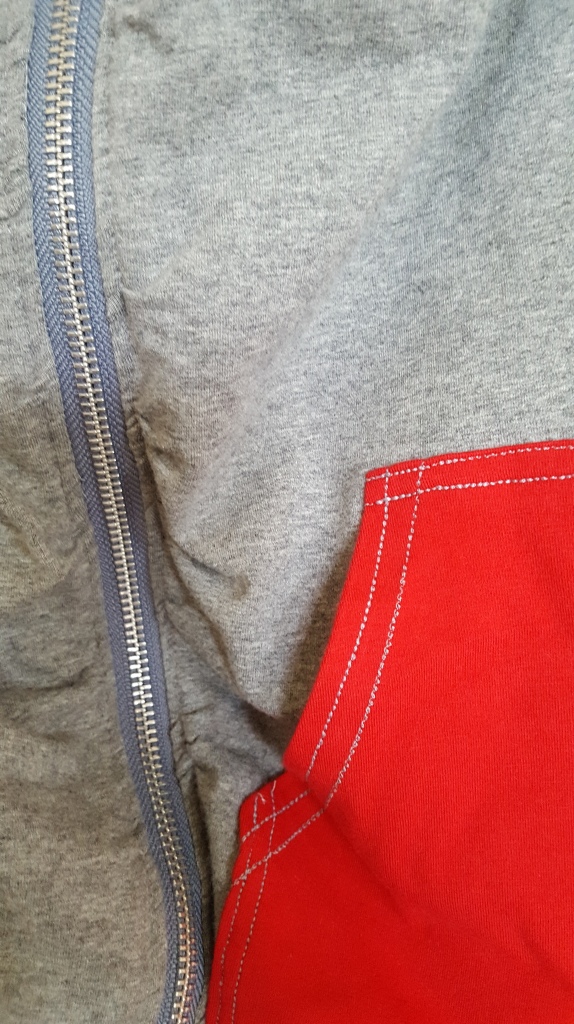 The one thing I did differently on this top was try out a new stitch. I decided to test out the double stretch stitch on my machine. Its super easy and gives the appearance of a straight stitch on stretchy knits. Otherwise, this was just as simple to assemble the second (third?) time. The pattern itself is well laid out and the instructions are super clear. I just don’t find the design terrible practical.