I’ve been seeing a lot of sewing bloggers writing on “slow fashion October,” so I thought I’d give it a go.

In my last post, I mentioned wanting to try to make more of my casual clothes. I tend to make spring/summer clothes – cute skirts, dresses and blouses. I revert to my fast fashion staples in the fall as we get into knits and cozier (boxier) styles that are a) a pain to work with, and b) not as gratifying to sew.

I had toyed with knitting a cable-knit sweater instead of buying one, but figured winter would be long over by the time I was done. My compromise was to sew.

I really enjoy making things with lost of little detail, like darts, pleats, and tons of pattern (though I might me sick of plaid finally). All of which, of course, take tons of prep and attention.

The sewing course I have been taking is a tutorial in simple skirt making an I’ve nearly finished three. I forgot what it was like to make a really simple skirt and be able to churn it out in an afternoon.

The same goes for my sweatshirt. This is something I would generally gone to Forever 21 to pick up, as I would normally have assed it boring and knew I could grab it for pretty cheap and wouldn’t be any fun to make. It turns out I really enjoyed deciding on exactly which grey knit to choose an it sewed up really fast! 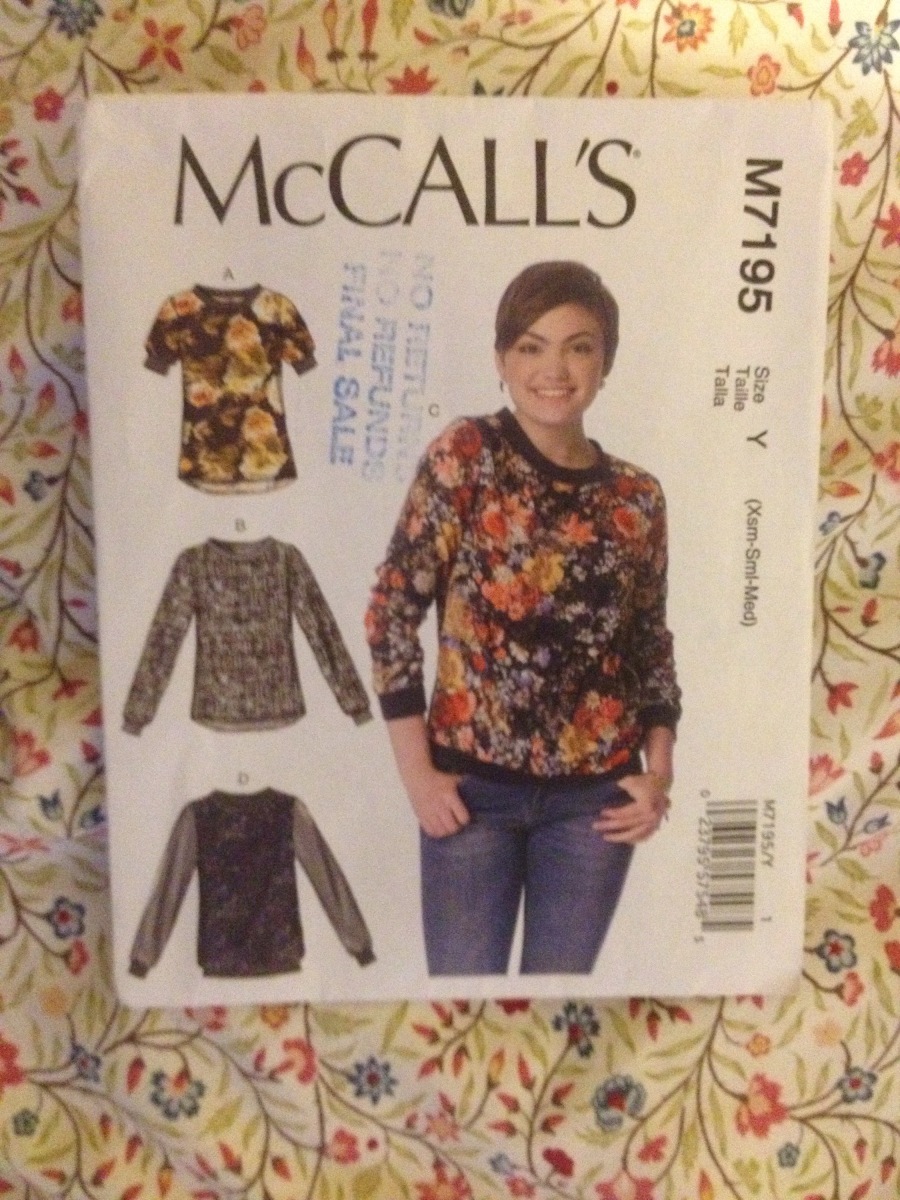 I’m currently working on a variation of this sweater to replace a dress I bought at Joe Fresh. My good friend had a sweatshirt dress from Roots which I loved (So cozy! So chic!), and so, when I found something similar for 10 bucks on the sale rack, I had to have it. I loved that sweater until I realized it was cut crooked. Not on the bias, not intentionally off-grain. Just crooked.

So it hung into closet for months until I just threw and then I had nothing to wear for cozy, family gatherings or tea and knitting dates all winter.

I spent all last night adjusting the pattern. Not only using my existing muslin, but even creating. A second one! I’m totally convinced muslins save time and will never not make one again, but more on that later!

So, to speak to the prompts for week one of Slow Fashion October,  my plans are to beef up my casual wardrobe and replace some of my fast fashion basics!

One thought on “Slow fashion October ”