So I signed up for a sewing course. By accident, I enrolled in a beginner skirt-making course where you learn to make a basic A-line. I had wanted to take a more complex course on pattern alteration, where you also make a skirt, so you can see where I went wrong. Either way, I’m really glad I ended up doing this one first, because I think I needed a review in the basics.

What’s dissapointing is I’m making the skirt in a fabric I really don’t like. As the course is very beginner, we were limited to a small selection of stretch cotton, most of which was weird printed demin. I picked the one pattern I thought I might wear more than never (read: perhaps once), and decided I would follow along at home with a verboten cotton-linen blend with some sparkle. We will see how this goes. 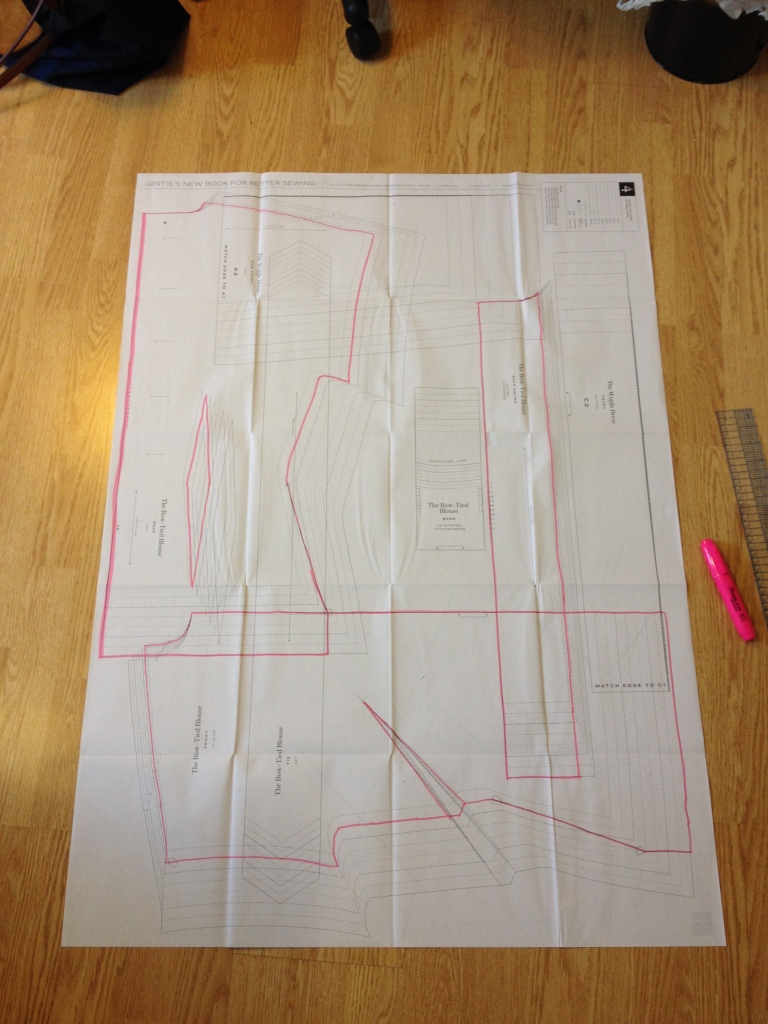 I have never, ever made a muslin. I suck at alterations and struggle to make things fit the way I want. I get confused by needing to serge seams before trying something on. I understand now that I need to make a muslin to avoid this. I also understand that something you need to retrace a pattern. I’m trying to apply this new epiphony to a top I’m trying to make using a pattern from Gertie’s New Book for Better Sewing. 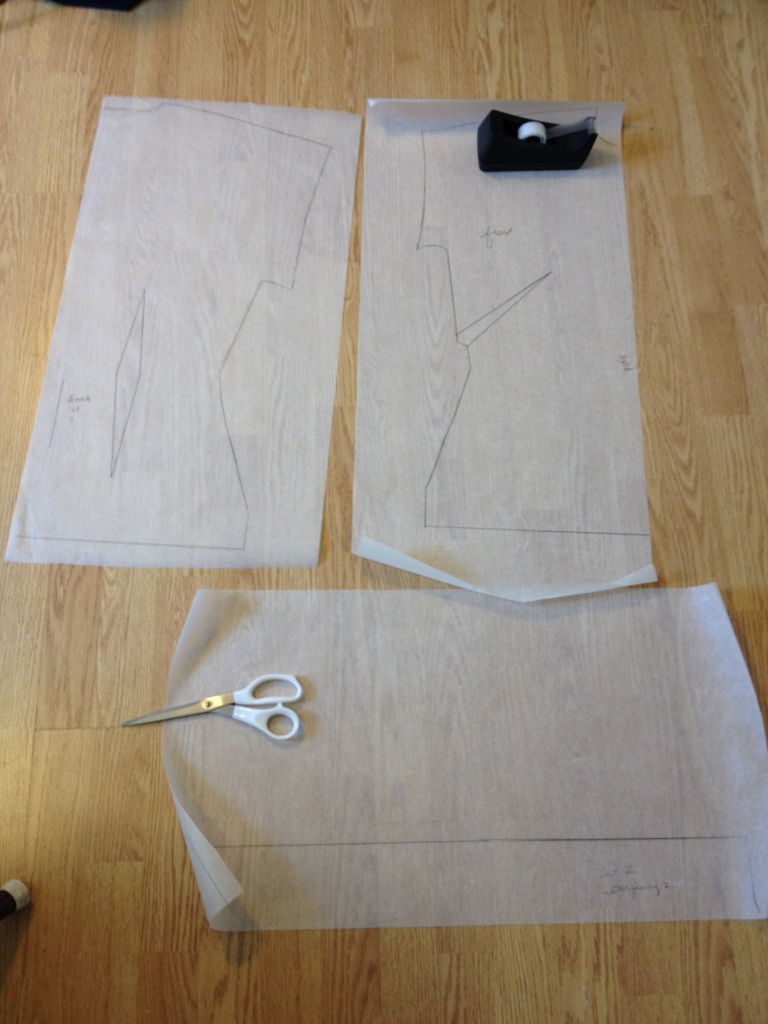 I was always really excited about the patterns in Gertie’s books, until I unfolded them and realized that they were a) on real paper, not pattern paper; and b) all overlapping. I still need to invest in pattern paper (I don’t know why I say “invest’ – it’s dirt cheap. I’m just lazy and haven’t picked it up yet.), so I’ve been using parchment paper (yes, the stuff you line your cookie sheet with.) I finally decided that I would try one of Gertie’s patterns and do a variation of the bow tie blouse.  I loved the button detail on the back, and decided I would forgo the bow tie, knowing that I would make the blouse long enough to wear with tights.

Grading and cutting out the pattern were easy once I pulled out my highlighter. I made up my muslin and easily saw what I needed to fix. I decided I wanted my top to be swingier that this pattern, so I took out the back dart and I think I’ll have it go straight out from the bust. So far, my muslin looks like a set of doctor’s scrubs, but I think that’s partly due to the hideous fabric I had in my stash from years ago. Once I’ve had time to work some more on it, I’ll post about my progress.

Sidenote: I bought this amazing Chanel fabric for a later project!