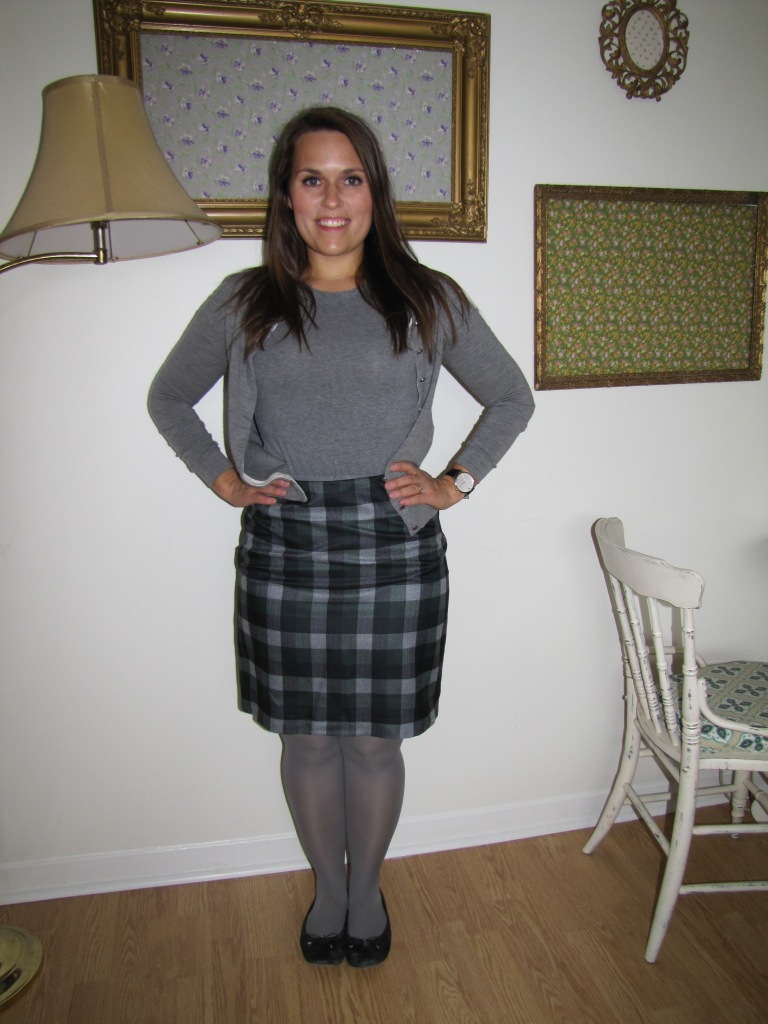 I recently took a skirt-making class where I learned the right way to put in an invisible zipper (I had inserted many in my time, but with inconsistent results) and how to transfer alterations from a muslin to a pattern (which I had never been able to do).

This was my first time making a muslin, and I won’t lie I always thought it was a waste of time. After this experience, I am convinced. I will never not do a muslin. I’m also convinced that making several iterations of the same pattern is a great idea. I’ve always believed in buying multiples of garments that fit well and I love. This is just an extension of that I guess.

The pink fabric with the yellow sort-of floral was the fabric I used in the class, I made the other two at home with the same pattern. The green plaid is actually a second attempt. The first time I made it, I lined it, but I tried the interlining technique. Long story short, the lining was slippery and ended up slightly smaller than the plaid and resulted in some bagging around the hips.

I also managed to screw up the plaid matching and so one seam was off by about a centimeter. Obviously that would drive me nuts, so I scrapped it and tried again. I had altered the pattern a bit by taking in the waist somewhat because I wasn’t happy with the fit of the other two when I wore tights. I’m still not super happy with the way it fits. I don’t often wear skirts without waistbands, so maybe that’s why. I’m less worried about it for the pink skirts as I’ll be wearing them in the spring, without tights. The green one is wearable for now.

4 thoughts on “A million and one skirts”